At Seven Mile Beach we maintain areas between the surf club and the entrance to Lake Ainsworth Sport and Recreation Centre, as well as the littoral rainforest remnant opposite the end of Williams Street. The work involves removing weeds like Bitou, Morning Glory, and Turkey Rhubarb and planting species such as Banksia, Tuckeroo and Coastal Wattle.

A valuable remnant of littoral rainforest remains at the southern end of Boulder Beach. Areas surrounding this remnant have been severely impacted by farming and sand mining over the years. Our aim is to encourage recovery by rem﻿oving weeds that are inhibiting natural regrowth and replanting where necessary with appropriate species grown from local seed. We are also in the early stages of trialling the introduction of a small amount of seed from further north, growing successfully in a climate closer to that predicted for our area in upcoming decades. The hope is that this will increase the resilience of our vegetation as our climate changes.

​Lennox Point headland was once covered in littoral rainforest prior to clearing and grazing.  Since removal of cattle, Bitou Bush, Lantana and other exotic plants have taken over preventing natural regeneration. Lower Lennox Point, between Pat Morton Lookout and the southern end of Seven Mile Beach now has a long-term revegetation program involving restoration of littoral rainforest, swamp forest, palm forest and themeda grasslands.

A previously lantana covered site on the south western corner of the lake has been replanted with species propagated from local seed. The western side of the lake is subject to weed invasion and is constantly being monitored to prevent reinfestation and since the creation of the eastern parkland we have been responsible for revegetating the former car park and for restoring the natural vegetation in the protected riparian areas along the foreshore. Also, since early 2015, we've been periodically removing Water Hyacinth outbreaks in the lake’s waters; these outbreaks mostly occur during the summer months.

A small separate group is working to restore the forested area south of the Iron Peg car park. This was previously a residential site﻿ and is now being returned to littoral rainforest. Weed control is a major priority but some replanting is also being carried out.

Officially known as the Lennox Head Aboriginal Area, we maintain this site for NSW National Parks. Our goal is to reduce weed infestation and restore the canopy of the native vegetation surrounding the ring and fringing the access corridor from Gibbon St.

From time to time work is also conducted in the Ross Lane Reserve to manage weed regrowth and to plant native species if required. 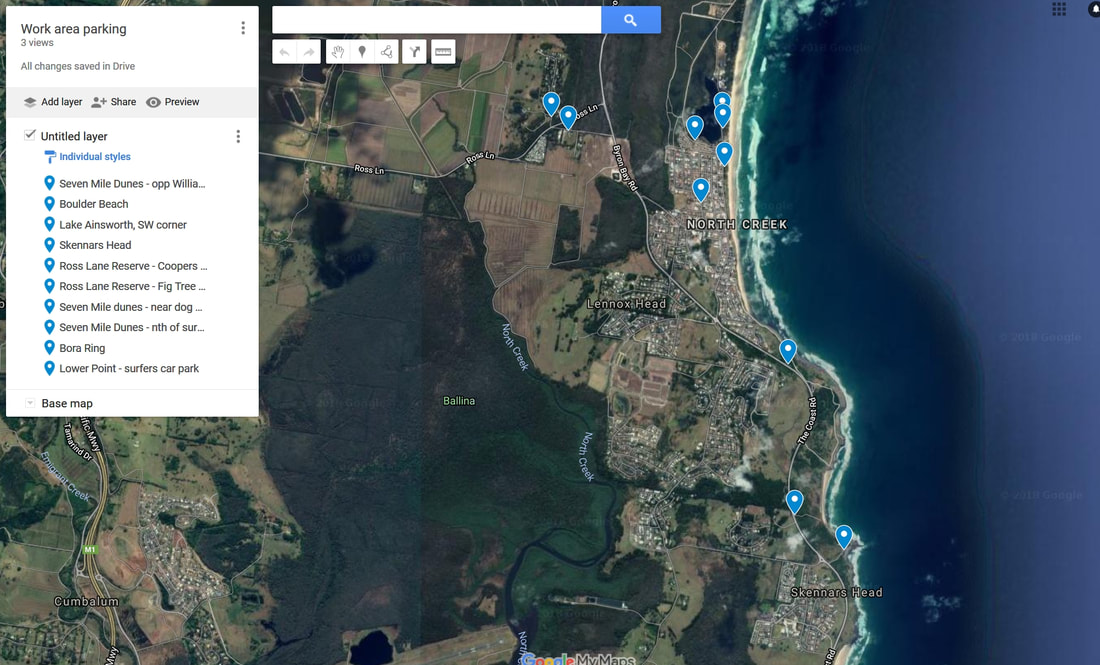