Lake Ainsworth - is positive change around the corner? 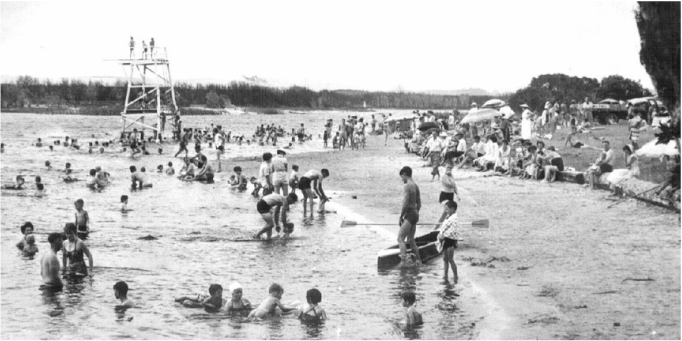 Lake Ainsworth 1960s, photo courtesy of the Lennox Head Heritage Committee.
Is positive change around the corner for Lake Ainsworth?  With Council releasing new plans for the south eastern precinct... maybe?  I thought it was worth reflecting on the journey of our Lake so far.  When did the problems with the Lakes health begin?  And what was it that sparked our community to drive change?

Below is a timeline of the Lakes journey as we know it.  No doubt, I have missed some poignant moments, for which I apologise for in advance.

Pre-european settlement:  Lake Ainsworth is used by indigenous people as a women’s birthing place and a healing lake.

1893:  Lake Ainsworth and surrounds is proclaimed as a Reserve.

???:  Mosquito fish and Bass are introduced into the Lake.

1993:  Council begin to regularly monitor blue-green algae in the Lake.

1996:  Continued pressure from the Lennox Head Residents Association drives the first comprehensive study on the Lake to be undertaken, the ‘Lake Ainsworth Process study.’

1997:  Council makes an urgent attempt to address blue-green algae problems by installing a ‘bubble plume aerator’ in centre of the Lake.  The aerator (still in use today) is designed to circulate and de-stratify the Lakes waters - this in turn, decreases the amount of phosphorus being released from sediments into the water column.

1999:  Aquatic weeds are a problem and a weevil is introduced into the Lake to help control the noxious weed, Salvinia.

2003:  The Lake has another major blue-green algae outbreak and is closed for 170 days.

2008:  Boom is installed at the north end of Lake to help control Salvinia (boom is still used today and looks like a big black ag pipe).

2009:  Regular monitoring of faecal pollution (aka poo pollution) in the Lake begins, as part of NSW Governments Beachwatch program.

2012:  20 people become ill, allegedly after swimming in the Lake after heavy rain.

2014:  The Lake continues to be a popular recreation spot and a social hub for many locals.  Faecal pollution is on the rise and blue-green algae continues to be a problem in summer months.  Council has $1.3m to spend on works to improve the health and amenity of Lake Ainsworth.

Check out Councils new plans for the Lake on their website, and decide for yourself whether what’s on offer is enough to restore our much loved Lake??  If you don’t think so - now’s the time to use your voice.  Consultation period closes on November 21.

* If you are interested in seeing Lennox Head Landcares submission on Councils new plans for Lake Ainsworth, please click here.